Our judges are leaders in the innovation and infrastructure industry who will decide the winner of InfraChallenge at the live Final on Thursday 24 September 2020. 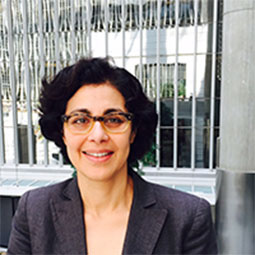 Dr. Sumila Gulyani is currently the World Bank’s Program Leader for Infrastructure and Sustainable Development in India. In this role, she coordinates the Bank’s work in seven practice areas—water, energy, transport, environment, agriculture, urban and social development—that together have an investment portfolio of about US$ 21 billion in 75 projects. Prior to that she was Global Lead for Urban Development Strategy and Analytics.

From 2012-2014, she served as Manager for Water and Urban Development in Europe and Central Asia, overseeing a portfolio of US$4 billion in 21 client countries.

From 2008-2011, she lived in Kenya and worked on infrastructure and urban projects in 6 African countries. From 2005-2007, Dr. Gulyani was at Columbia University in New York as Assistant Professor and also served as the founding Director of the Infrastructure and Poverty Action Lab (I-PAL). Dr. Gulyani received her Ph.D. in Economic Development and Urban Planning from the Massachusetts Institute of Technology, and also holds a graduate degree in architecture.

She is the author of the book Innovating with Infrastructure and of several articles on urban development, water, electricity, transport, and slums. 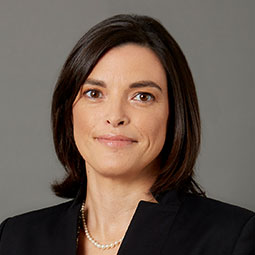 Marie Lam-Frendo was appointed CEO by the Board of the Global Infrastructure Hub (GI Hub) in January 2019.Prior to joining the GI Hub she was the Head of Asia-Pacific for Acuity, the advisory services business of the SNCL group, helping clients in regard to infrastructure project strategy and finance.

Before that, Marie worked for European utilities Essent then RWE where she drove their business development activities in the Africa and Central Asia region for various commodities, including their equity investment in LNG and hydro power plants.

She started her career in 2001 and has worked for various engineering consulting firms holding several technical and commercial positions for energy and transport projects in Africa, Middle East and Europe.
Marie holds an MSc of Civil Engineering from EPF, an MSc of Marketing and Strategy from ESCP-EAP (Paris), and an MSc of Management and Leadership from WEF - in partnership with LBS and INSEAD. She is a Global Leadership Fellow of the World Economic Forum. 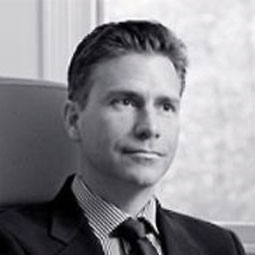 Chris Sowa has over 20 years of experience in strategy development and execution in advanced technologies. He has a global track record of success leading strategy creation in Europe, Asia, Australia, and the United States. As a global Vice President, Energy Management Software at Schneider Electric, Chris is developing a new billion dollar cloud-based software business through strategic partnerships and acquisitions to support the design, building, and operations of next generation sustainable buildings. He is also leading strategy for this new business.

Previously, as a Vice President of Strategy at Oracle and a strategy leader at Accenture / IBM, Chris developed deep expertise in monetizing digital solutions, and in data-driven strategies. In addition to Chris’s expertise with large companies, Chris founded his own startup, ToonCrier Inc., which leveraged AI deep learning technology for emotion capture and emotion projection to create innovative ways to interact using both voice and digital avatars. Chris has ties to the startup community in the United states in the areas of artificial intelligence, blockchain, advanced analytics, virtual reality (VR), and augmented reality. Chris has also been a long time member of the MIT Enterprise Forum’s Innovation Committee. 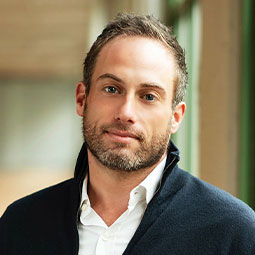 Over two decades in private equity, Jonathan has led investments of over $2.0B. Previously, Jonathan was Head of Investments at Sidewalk Labs, Alphabet’s urban innovation platform. In this role, Jonathan managed dedicated investment funds related to technology, real estate, and infrastructure and was responsible for Sidewalk Labs’ business model and financing strategy.

He previously founded Nereus in 2009, a private equity fund that invests in alternative energy infrastructure in Asia. Prior to Nereus, Jonathan worked at the D. E. Shaw group where he built the private equity team across venture capital, growth equity, and structured finance. Jonathan started his career by founding startups in natural language processing and computational biochemistry.

Jonathan graduated from Yale with degrees in Philosophy and Computer Science and lives in Brooklyn, New York.